(Wellington-Halton Hills) –The ground was officially broken on the new Groves Memorial Community Hospital at a ceremony in the Township of Centre Wellington on August 9.

Wellington-Halton Hills MPP Ted Arnott, who attended the groundbreaking, noted the importance of the hospital project to the community in his remarks.

“We are embarking on nothing less than building the future of primary health care in this community, and an example of innovation, collaboration and partnership that the rest of Ontario could emulate,” Mr. Arnott said.

Mr. Arnott acknowledged the many people whose efforts have helped bring the hospital project to this point.

“My colleagues in elected public service, Mayor Kelly Linton, Warden Dennis Lever, Members of Township and County Council, Randy Pettapiece MPP and their predecessors going back many years, all have been enthusiastic in their support of the Hospital, and deserve our acknowledgment and heartfelt thanks,” he said.

“We thank Township and County staff, as well as my own staff at our Queen’s Park and Riding offices, for the many hours of work they have contributed. We also thank the Waterloo Wellington Local Health Integration Network for their endorsement, and the staff of Infrastructure Ontario for their professional assistance,” Mr. Arnott continued.

In particular, Mr. Arnott singled out Groves Hospital staff as well as the many community volunteers who have played such a pivotal role.

“Our most ‎generous expression of appreciation must be reserved for the Groves Memorial Community Hospital staff and volunteers, the Board, the Foundation, our donors, indeed, the entire community, everyone in our catchment area, for your vision, patience and perseverance, all of which have brought us to this day,” he said.

Mr. Arnott has been a strong advocate for the new hospital for many years.

“I vividly recall Carolyn Skimson coming to see me in 2002 or 2003, telling me the Groves redevelopment project seemed to be stuck at a preliminary stage at Queen’s Park, and asking me to look into it. I said I’d make inquiries,” Mr. Arnott recalled.  “I started from the premise that as MPP, I would support whatever redevelopment plan the hospital submitted to the Ministry of Health and that the community was behind, and I would look for opportunities to promote it every way I could.”

He persistently raised the issue with successive Ministers of Health and their staffs, both in private conversations as well as in letters and email, and has brought the issue forward many times during debate in the Ontario Legislature.

“And through the intervening 15 years, there were ups and downs, twists and turns, meetings and briefings, lots of speeches, phone calls, emails and letters, private conversations, and even a complete revision of the redevelopment plan to the idea of a new build on a greenfield site,” Mr. Arnott said. “We set aside partisan differences, we worked across Party lines with no fewer than five Ministers of Health and their respective staffs, and slowly but surely we made progress towards our vision of a new hospital for our growing community.”

Mr. Arnott intends to continue to monitor the hospital project as it continues through the construction process.

“But now, as we begin to build the new Groves, let us resolve to continue to “dig deep,” to support Groves in every way possible and together, build the hospital our community has earned!” he concluded.

The new hospital is expected to be completed in late 2019. 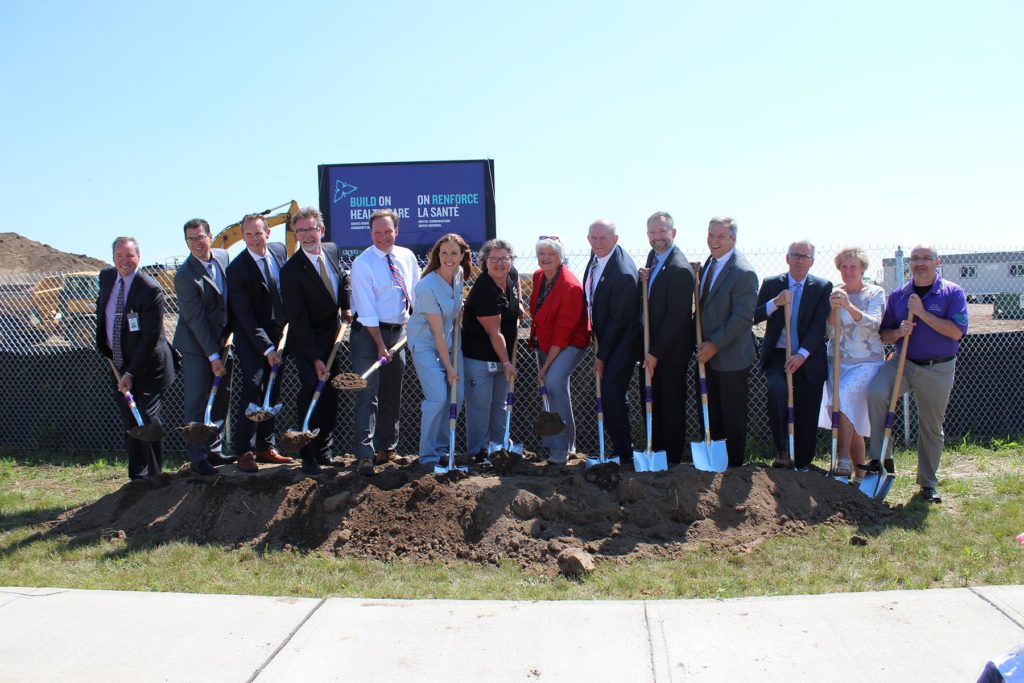 The People’s Guarantee on the environment-part 2

The People’s Guarantee on the environment